In August 1991, following the coup d’etat in Moscow Iceland became the first country to recognize the Baltic countries. In December, The Soviet Union formally ceased to exist.

Those Who Dare, outlines the Baltic nations’ (Estonia, Latvia and Lithuania’s) struggle for the restoration of their independence, from 1986-1991, Gorbachev’s perestroika paving the way.

It recaptures the dramatic course of events in the Baltic capitals of Vilnius, Riga and Tallinn in January 1991 when the Soviet military attempted to brutally suppress the independence movements. At that moment, Jón Baldvin Hannibalsson, the minister of foreign affairs of Iceland, was the only western foreign minister to travel to the Baltic capitals to show his support, thus inscribing Iceland in golden letters in the minds of the Baltic people.

Hannibalsson’s personal connections and interest in the USSR were the driving force behind Iceland’s support for the freedom of the Baltic states. From 1989 onwards, he, along with Danish Foreign Minister Uffe Elleman Jensen worked hard to support the Baltic nations’ struggle at the UN, in the European Council, within the Nordic Council, within NATO, at the North Atlantic Council meetings and elsewhere in the international arena. During this process, both Hannibalsson and Jensen understood that little interest was shown by their colleagues for this corner of the world, even thought they had been illegally annexed during the Second World War.
The superpowers had other interests, a war in Iraq, the unification of Germany – and did not see fit to rock Gorbachev’s boat.

In August 1991, following the coup d’etat in Moscow Iceland became the first country to recognize the Baltic countries. In December, The Soviet Union formally ceased to exist. 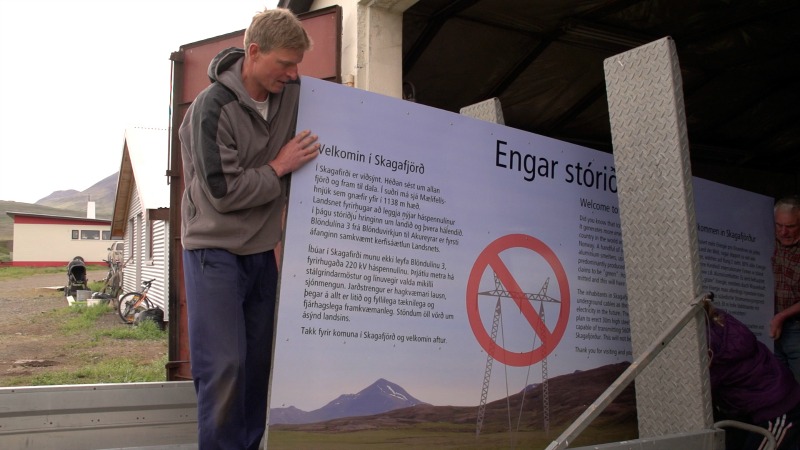